Phones and Online Sales and Support Open – Showroom Temporarily Closed. However, due to the increased customer requests, you may experience longer response times when seeking service. We apologize for any inconvenience. Click here to learn about our response to COVID-19.

Educate yourself with our Oxygen Therapy Info Guide.
It's easy and free. Complete the fields below.

A Comparative Pilot Study of the Efficacy of Three Portable Oxygen Concentrators during a 6-minute Walk Test in Patients with Chronic Lung Disease.

Rationale: While use of portable oxygen concentrators (POC) is likely to increase, research is limited on the ability of POC’s to maintain oxygen saturation ≥ 90% during exercise.

Objective: To compare the efficacy of 3 POC’s, with the highest O2 capacity in maintaining exertional O2 saturations ≥ 90% in patients with Chronic Obstructive Pulmonary Disease (COPD) or Pulmonary Fibrosis (PF).

Methods: Patients who were O2 dependent and within 2 years post pulmonary rehabilitation were invited to participate.

Six minute walk tests (6_MWTs) were administered, monitoring pulse oximetry (Sp02) . A control 6-MWT was performed with the participants’ current 02 system and prescribed exercise flow rate. A cross over design was used. Participants randomly performed a 6-MWT with each of the 3 POCs at the max pulse dose setting and stopped if their SP02 was ≤ 85%. A self admin, questionnaire was completed after each walk.

No financial support was received from the manufactures/distributors.

Results: Ten participants (5 male, 5 female, average 67.1 +/- 7.6 years old.) were included (9 COPD, 1PF). On average, the Eclipse 3 resulted in the highest Sp02 at each time point and corresponded with increased total time and total distance walked. Significant differences in Sp02 excisted between the Eclipse 3 and all other POCs ( p <0.05). 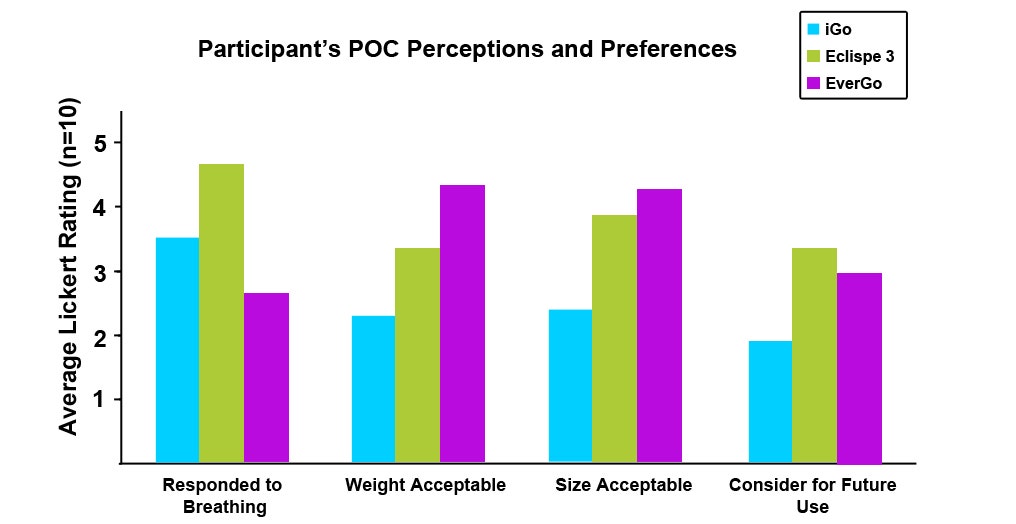 Sp02 before and after 6-MWT 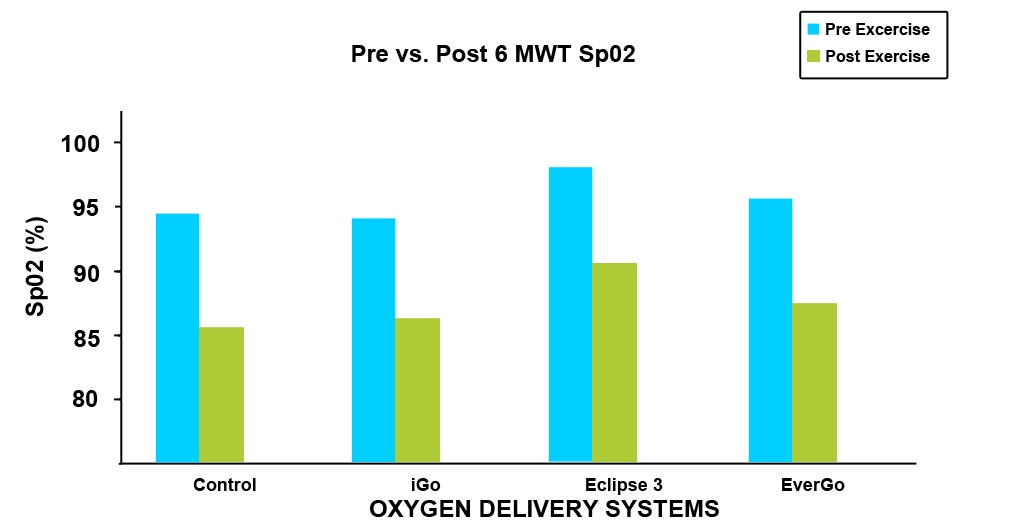 Conclusions: All POCs increased Sp02 during exertional walk but only the Eclipse 3 resulted in mean SPo2 ≥ 90%.

About Scott Ridl: Scott joined American Medical Sales and Rentals in 2008 as a Web Manager and Content Writer. He is a writer and designer. He is extensively trained on oxygen therapy products from leading manufacturers such as Inogen, Respironics, Chart, Invacare, ResMed and more. Scott works closely with respiratory therapists and oxygen specialists to educate the community about oxygen therapy products, COPD, asthma and lung diseases. He writes weekly columns and is passionate about educating the community on oxygen therapy and respiratory issues.

This entry was posted in Reviews of Oxygen Equipment and tagged Product Comparison on August 12, 2011 by Scott Ridl. ← Previous Post Next Post →